AVAILABLE ONLINE ONLY with DISCOUNT CODE: thanks22

* The free gift will be automatically added to each order purchased during this special “Thank you” sale. With discount code Thanks22, every product online that isn’t already on sale will be discounted 10%, plus save up to 50% on other selected products. This offer excludes gift certificates as well as photos and canvas prints. However, in a different promotion all sizes of the photography are on sale online at 10% off, plus, all photos and canvas prints will be SHIPPED FREE to your door. The discount on photos requires the discount code: photos22. These two offers cannot be combined, and both offers will end without notice.

Denyce’s Opera Blend: The Center Stage of Your Meal!

It is a perfect gourmet blend that will add an exciting new twist to fish, chicken, vegetables and starches. You’ll love it! Brava!!

Denyce Grave’s grandchildren appear in this video about “Denyce’s Opera Blend.” They call her Mimi, and they’re as cute as can be!!

Denyce’s Opera Blend: It will be ‘Center Stage’ of Your Meal!

Carol and Dave are pleased to announce a seasoning blend collaboration with their friend, Denyce Graves, famed opera star, and her new show “Cooking with Denyce!”

Watch any of Denyce’s shows, just link to Youtube at #CookingWithDenyce or at Facebook at #cookingwithdenyce  All of the awesome Season 1 episodes are available to enjoy!

Denyce’s programs have been filmed on her farm and in each episode she and a guest star (located throughout the world) will prepare a meal together via split screen in real time. Awesome!  There was lots of fun, laughter and good food!

The Salt Table has been chosen to create a seasoning blend especially for the program. This fabulous blend is named “Denyce’s Opera Blend”.

And, we promise that her new blend is as fabulous as her new show. It is a perfect multi-purpose blend that will add an exciting new twist to meat, fish, chicken, vegetables and starches. Soon, you might even be singing new tunes in your kitchen and dining room 😉

Where ever in the world great spices and aromatics are grown, Denyce Graves-Montgomery has performed there and been loved. She shakes things up in  operatic, orchestra and concert venues. As performance venues go, she OPENED  the Caulkins Center in Denver, New Jersey Performing Arts Center, The AT&T  Performing Arts Center in Dallas, and the Kimmel Center in Philadelphia. When not  offering her savory “Carmen” or seasoned “Dalilah” on 5 continents, Denyce has  blended her gifts in performances with Ray Charles, Elton John, Stevie Wonder,  Whitney Houston, Patti LaBelle, Nancy Wilson and Jill Scott and Bradley Cooper!  How’s that for a tasty sprinkle?   Sizzling​! She’s won an Emmy for her self-produced “Denyce Graves Breaking the  Rules”; the ​60 Minutes​ produced feature on her life and career also won a news  Emmy. The Royal Opera House BBC produced “The Royal Opera House,” a full  feature of her life and career, which also received an Emmy. Need more Piquant?  She’s been praised for appearances on ​The View​ , ​Oprah​ , ​The Muppets​. 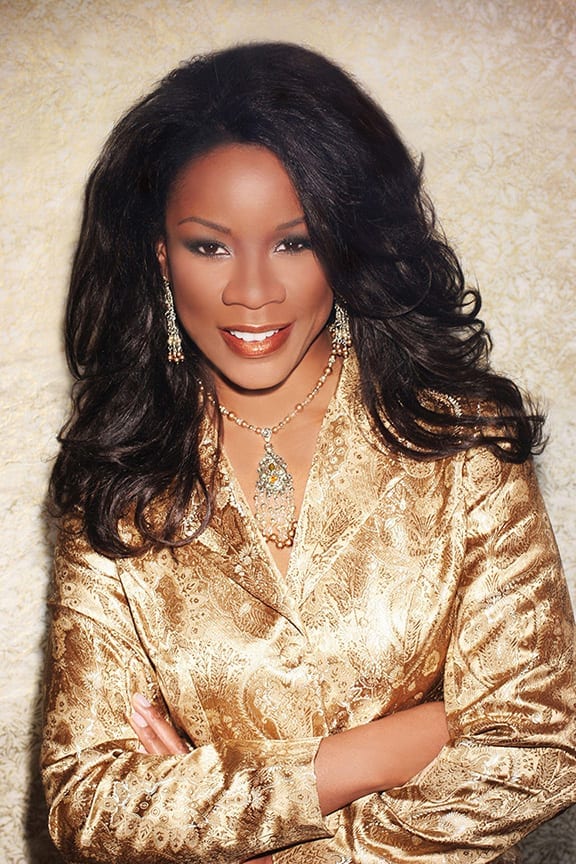 Denyce is a living legend…​HOT​ ! She is featured as a permanent installation in The  Smithsonian Museum’s National Portrait Gallery, the National Museum of African  American History and Culture, and the most recent addition to The Smithsonian Institution Museum Network on the National Mall.  Her life is filled with warmth, beauty, music & FOOD! Now, she balances her career with teaching and developing new ventures on the farm where she lives. There’s fishing [bass, catfish, trout], horses, alpaca, and hunting. Denyce harvests  food from her farm and cooks it, as shown in her new show: ​Cooking with Denyce​.  Tune in on YouTube and Facebook!  From fiery performance everywhere to The Salt Table blends & spices, Denyce is  an Original; she is All-Natural.  Enjoy!

Watch any of Denyce’s shows, just link to Youtube at #CookingWithDenyce or at Facebook at #cookingwithdenyce  All of the awesome Season 1 episodes are available to enjoy!