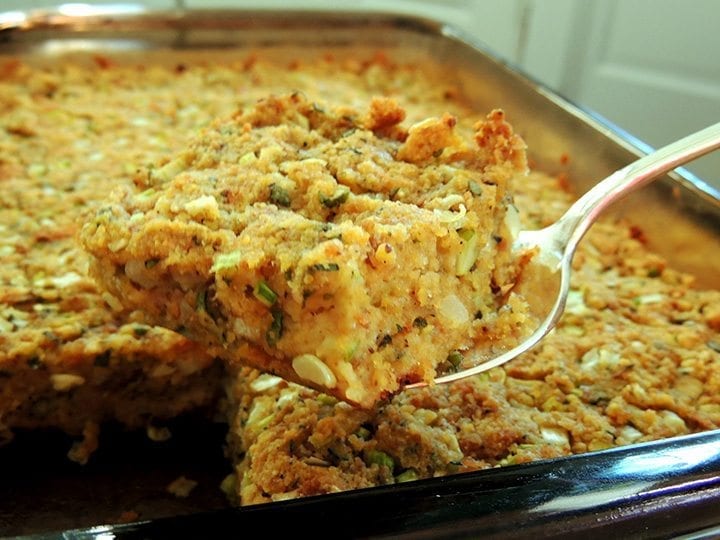 This is great for novices, especially with The Salt Table’s Savannah Spanish Moss Blend: Once the onion and celery are chopped, it’s all just dumped together, mixed, and baked. There’s no sautéing or precooking involved. You can even omit the eggs if you want the dressing to be a little looser.