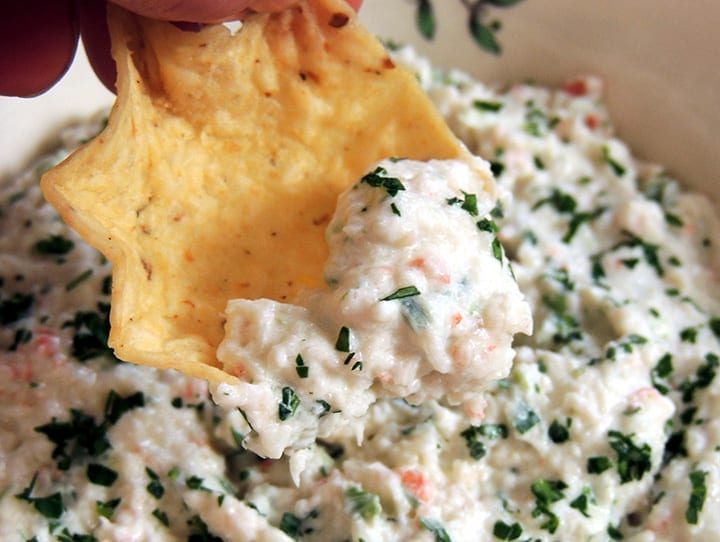 Shrimp Dip gives any party a festive lift, and it’s especially nice to have for the holidays. Hostess City Southern Hospitality Blend is an ideal seasoning blend for shrimp and other shellfish, especially when it gets a little extra spicy lift from Ghost Pepper Sea Salt. 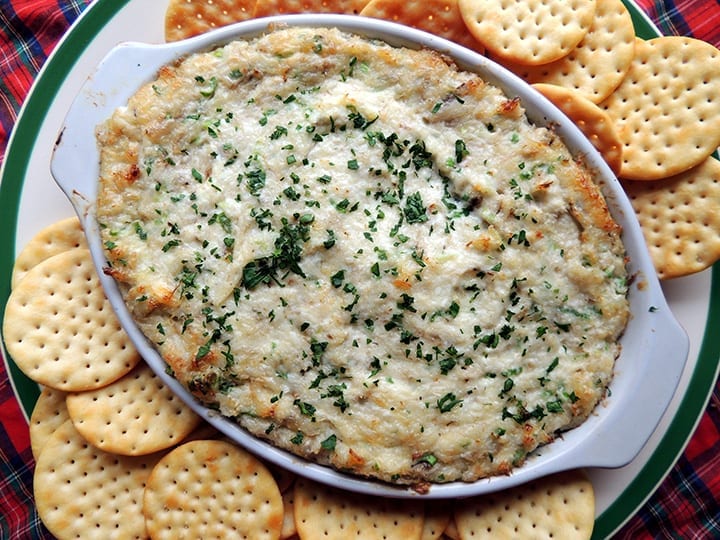 This old Savannah holiday party favorite is so simple to make: just stir it together and bake until it’s heated through. It’s even easier with The Salt Table’s Dave’s House Salt, which is perfect with seafood. Other good pairings are The Salt Table’s Truffle Salt used together with Old Man River Blend or Tybee Island Coastal Blend. 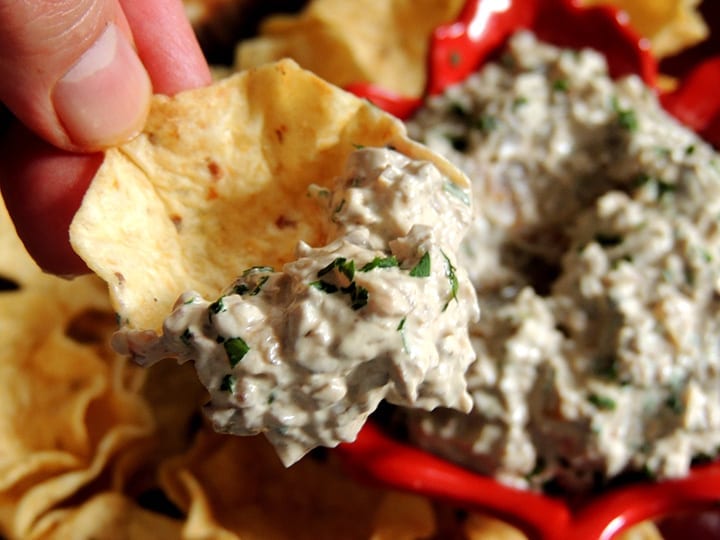 Because one of the ingredients in Dave’s House Salt is porcini mushrooms, you can omit the dried porcini mushrooms, but they’re the secret to a really rich mushroom flavor. Other great seasonings that pair well with this recipe are The Salt Table’s Porcini Mushroom Salt and Black Truffle Salt.

To make this into a sturdy spread, omit the mayonnaise, cut the sour cream to ½ cup, and add a softened 8-ounce package of cream cheese. 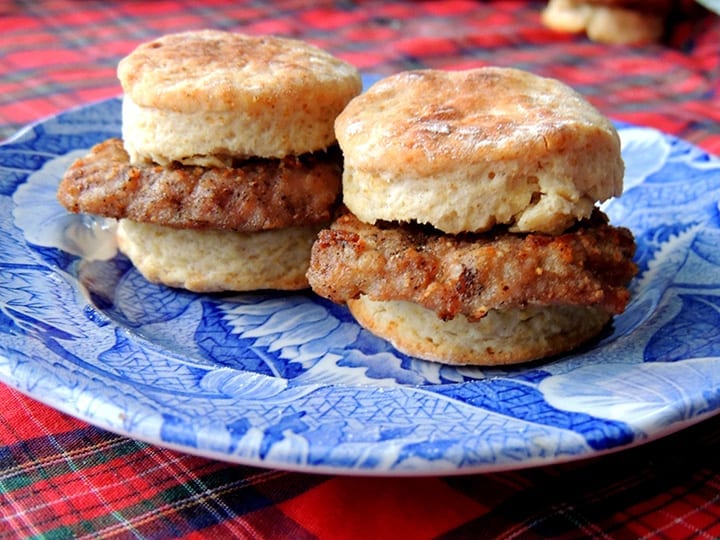 Salt Table’s Dave’s House Salt, with its porcini mushroom, really boosts the flavor of cultivated mushrooms and is the perfect simple seasoning for this simple bruschetta topping. Another great combination would be either the Salt Table’s Wild Porcini or Black Truffle Salts paired with Old Man River Blend. 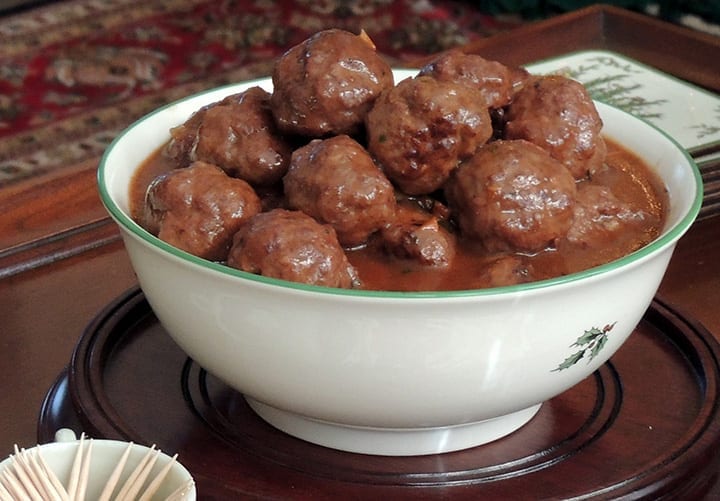 Meatballs are a great hot appetizer, and can be varied by simmering them in just about any sauce. Here the sauce is based on the French classic beef stew a la bourguignon, but you can change it up by substituting barbecue, marinara, a Southeast-Asian-style spicy-sweet sauce, or even your favorite Stroganoff.

Dave’s House Salt, with its onion, garlic, porcini mushrooms, and spicy jalapeno, is a great blend for this, but you might also try a combination of Salt Table’s Porcini or Black Truffle Salt and Old Man River Blend, both in the meatballs and the sauce. 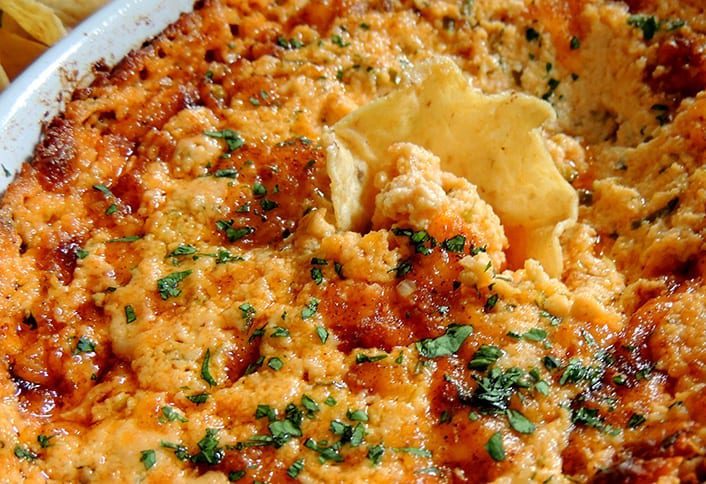 Gooey, a bit messy, and loaded with calories (but so worth it!), hot cheese dip is always a crowd pleaser and the Salt Table’s Old Man River Blend really boosts the flavor without adding salt. Other great seasoning blend pairings for this dip are Dave’s House Salt, Hostess City Blend, and Savannah Spanish Moss Blend.

Variation: Three Cheese Ball. To make this into a cold cheese ball spread, put all the cheese into the mix, then cover the bowl and chill the cheese for 2-4 hours or until fairly firm. Scoop it onto a sheet of plastic wrap and shape it into a ball. Cover and refrigerate until you’re ready to serve it. Just before serving, unwrap the ball and roll it in chopped toasted pecans, chopped crisp bacon, or minced flat-leaf parsley. Put it on a serving plate and surround it with crackers, melba toast rounds, or plain pita chips.